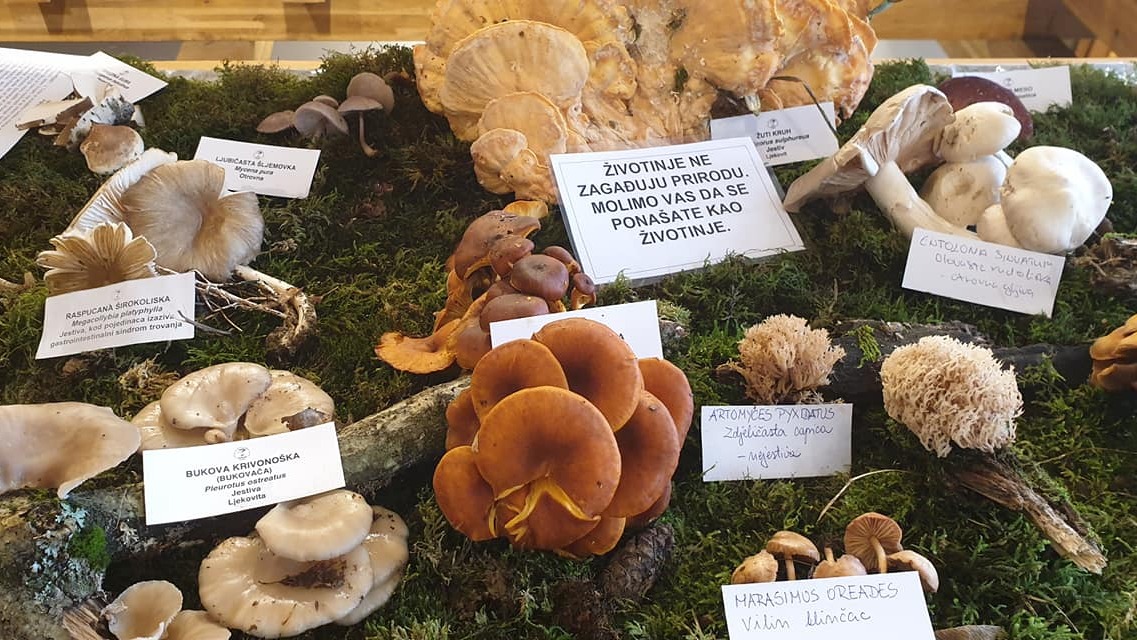 The Repušnica visitor center is a space from which views of the marshy empire of Lonjsko polje on the one hand and the heavenly beauty of the slopes of the wine-growing Moslavačka gora on the other are intertwined. In recent years, this visitor center of the Lonjsko polje Nature Park has been the venue for the FungiFest - Mushroom Festival in the Lonjsko polje Nature Park. The organizers of the event, the Tourist Board of Kutina, Public Institution Lonjsko Polje Nature Park in cooperation with partners Center for Mushroom Research "Russula" Novska and Mushroom Society "Ivan Focht" Kutina are the organizers of this traditional event which takes place every year in late September.

FungiFest is adorned with exhibition specimens of mushrooms from the Moslavina and Slavonia area, marked with cards with Croatian and scientific names, edible and eventual medicinal marks, and you can also see cards of poisonous, medicinal and edible mushrooms in different colors.

FungiFest has an educational character and as part of the event, professional lectures are held such as those on medicinal mushrooms, medicinal preparations from fungal mycelium and the world of mushrooms, and the event is attended by numerous mushroom exhibitors whose stands can buy various types of mushrooms , mushroom products, and mushroom souvenirs.

At FungiFest, visitors can enjoy a mushroom exhibition, catering and the contents of the Repušnica Visitor Center at any time.