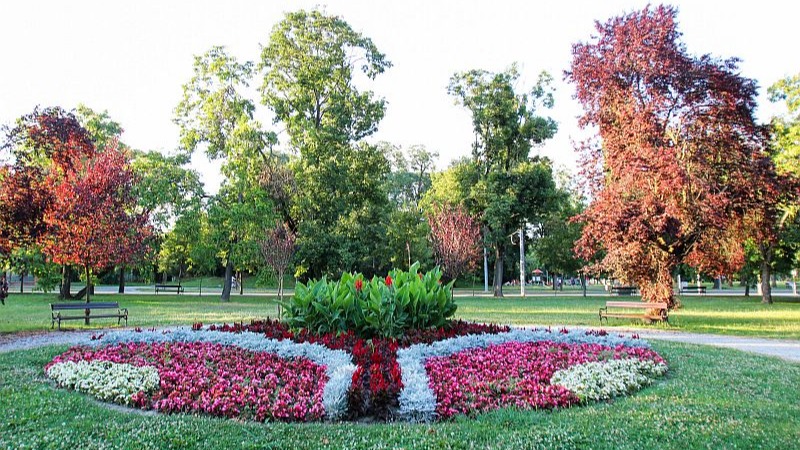 Osijek The park of King Tomislav

The park of King Tomislav

They say that Osijek is the "greenest" city in Croatia, and the easiest way to check this claim is to walk through one of the 17 parks. The largest Park of King Tomislav between the Upper Town and the Fortress dates back to the beginning of the 18th century, and next to it are the Park of King Petar Krešimir IV and the Park of King Držislav.

The reason for the existence of this green ring around the old Fortress is actually very simple. Namely, it was determined that the Upper and Lower Towns must move exactly one kilometer away from the city walls, and how far was the range of the cannons of that time. In the parks around the Fortress there are a number of monuments such as a memorial plaque with a linden tree planted on the thousandth anniversary of the Croatian Kingdom in 1925, a memorial plaque to liberate Osijek from Nazi rule in 1945, a fountain of friendship between Pécs and Osijek made of famous Pécs Zsolnay ceramics and the Dying Monument. a soldier built-in 1898.

During the 1991 Homeland War, it gained additional significance as a memorial to those who died for Croatian independence. At the southeastern end of the Fortress is one of the youngest parks, the Park of the Newlyweds. During the 1980s, young married couples planted trees here as a symbol of their eternal love.