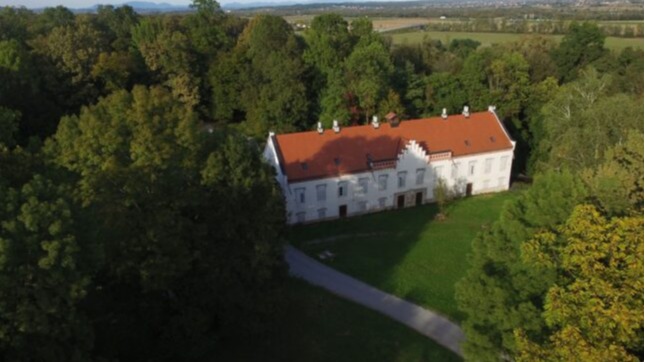 The New Jelačić Palace, a unique monument of cultural and historic heritage only 1,5 km from the town center (some 20 km from Zagreb). The Palace is a unique example of well preserved complete manorial estate.

In 1855 Jelačić built a neo-Gothic chapel of St Joseph on a meadow next to the Palace. When in September of 1855 his nine-month-old daughter Ana suddenly died in Bohemia, her body was laid in a vault inside the chapel. Later the remains of the ban Jelačić were buried inside the same chapel.

Ban Josip Jelačić had all of the estate and castle reconstructed and annexed. In its east wing the Palace was extended by 18 m, the upper level was redecorated along with the cellar and the façade. A beautiful promenade surrounds the Palace.